These lemon rosemary baby potatoes, pan fried with onions and butter make the perfect side dish. It’s a crowd pleaser!

Growing up, my mom always made rosemary garlic baby potatoes on the stove, and it was AH-MAZING. I can’t recall a time I’ve put lemon on potatoes, but given that we had so many lying around last week, I thought I’d try squeezing one of those suckers on them. And it was glorious!

Lemons aren’t just delicious, they’re good for you too! They’re packed with Vitamin C, and they’re known for cleaning the digestive system. It seemed like a good idea, and I’m glad I went with it. And rosemary – need I say more? If you haven’t had rosemary potatoes, you’re missing out, my friend.

Since I’ve been eating mostly Keto along with my husband, this side dish was just the break I needed. I’ve been craving potatoes for months now, and I’ll certainly be incorporating this recipe into our meals every so often from now on.

These cute little baby potatoes came from my vegetable garden, and I couldn’t be happier! It was the first thing I’ve harvested this year. I killed my potato plants so finding these colorful taters hidden in the dirt was just the confidence boost I needed. I may have killed the plant, but I still saw a return! And they seriously were the yummiest potatoes I’ve ever eaten!

1. Heat olive oil in a large skillet over medium heat. While it’s warming up, cut your potatoes into halves.

2. Add potatoes halves in the pan, face down. Brown them for 10-20 minutes (the time can vary). Increase the heat a little bit if you need to.

3. Sprinkle 1/2 of the rosemary and parsley over the potatoes, and add a little salt and pepper.

4. Once the baby potatoes are nice and brown, squeeze half a lemon over them, then flip them over. Add the sliced onion, butter, and the rest of the seasonings. (Ignore that burnt one at the bottom. FYI – it was still delicious.)

5. Cover, turn the heat to medium low, and let simmer for 15 minutes, checking on them occasionally.

When the potatoes are done, squeeze the other lemon half over it and salt and pepper to taste.

You have to try these, y’all. They’re delicious! They’re simple, tangy, and full of flavor! If you make my recipe, be sure to post a picture and tag me on social media or “try” them on Pinterest. It really means the world to me!

If you ever find yourself in a position where you can grow your own potatoes, I highly suggest it! They’re easy and you’ll definitely be able to taste a difference. They’re pretty hard to kill. It took several days (okay, a week) of neglect and dry, Texas heat to kill my plants, and I still had a ton of yummy little potatoes in the dirt.

If you liked my recipe for lemon rosemary baby potatoes, don’t forget to pin it for later: 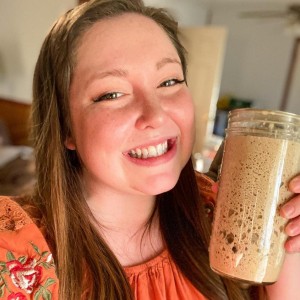 This activity is fun for tod

March toddler program is in your dashboard!🌷

Pom-Pom Tube Drop✨ This activity is fun for tod

March toddler program is in your dashboard!🌷 T